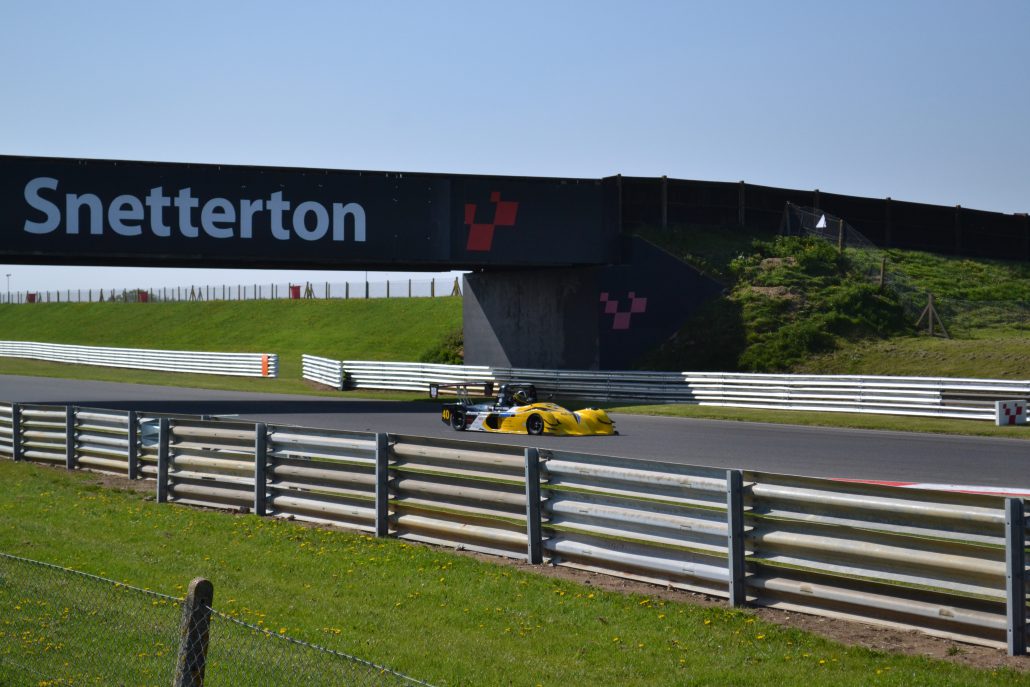 After the highs of finishing the Sports2000 2017 championship with a double podium at Brands Hatch, the team quickly turned its attention towards the new season, the team lost some faces over winter but gained some fresh new ones.

After a strip and rebuild over winter and a successful shakedown test, the new team were looking forward to the opening of the 2018 championship at Snetterton during the may bank holiday weekend. Even though exams were coming up, the race weekend would provide a welcome distraction from these and a break from revision! This enthusiasm was maintained despite the knowledge of two 6 hour plus journeys in a packed minibus on the hottest days of the year so far from Swansea to Norwich and back.

Arriving at the circuit on Saturday, the team unloaded the car and setup for the weekend days ahead, they were soon faced with a tough decision, where to eat!

As Sunday was a test day, a test plan was drawn up to make the most of the 4 sessions available, this included looking at tyre pressures, suspension setup, gear ratios and wing angle. The first session was used to get Tim up to speed with the car after moonlighting in various trails over the winter.

The team made some minor adjustments to the suspension setup before the second session commenced and Tim reduced his lap times consistently until an issue with the throttle occurred. Tim reacted quickly and shut the car down, pulling into an escape road within seconds. The team resolved the problem and continued to test various settings for the remainder of the day improving the balance further.

With the car out at 11am on Monday for qualifying, the team were afforded a deserved lie in. The car was spanner checked and Tim was sent down to the assembly area early to help secure track position around what would be a crowed circuit. Tim used this to his advantage and after the first runs car #40 sat 2nd on the timing screens. Unfortunately, the bodywork prevented any further improvement as a panel on the rear bodywork came loose. Despite the best efforts of the pit crew, once the issue was repaired there was not enough time left in the session to go back out and we had slipped down to 5th place.

The team chose to avoid the mid-day sun and fill up on lunch and refreshments before the race start at 3pm. Again, Tim lined up next to Mizen much like last season, and again, the result was the same of the line, before turn 1 Tim had jumped to 4th, and after turn 2, we were running 3rd thanks in no small part to a wonderful overtake around the outside of a hairpin.

Once the usual madness of the first few corners had settled down, car 40 quickly pulled away from the chasing pack just keeping in touching distance of the 2 front runners ready to capitalise on any mistake or error. The gap behind to 4th place slowly increased each lap until a comfortable gap had formed. The team look set to then have a ‘boring’ race to finish on the podium in the opening round of the season…

…however, the car had other ideas, either the heat was getting to the car and it was drinking more fuel than usual or the amount of fuel in the car was not quite correct, but suddenly the gap between 3rd and 4th was decreasing at a rate that was far from ideal, luckily with time and laps running out, Tim managed to nurse the car home coughing and spluttering it’s way across the line, with the earlier hard work to build the gap ensuring that despite the lack of power for the last two laps, 4th place never got a sniff of snatching the well deserved podium away at the last second. The race was won by Stoten who suffered from a failed alternator and nursed the car home with Gibbins 1.5 seconds behind in second.

The team now turns it’s attention to revision and exams, with one eye kept on the second round race upcoming at Silverstone. The team will be targeting another strong finish to keep momentum going for the rest of the season.