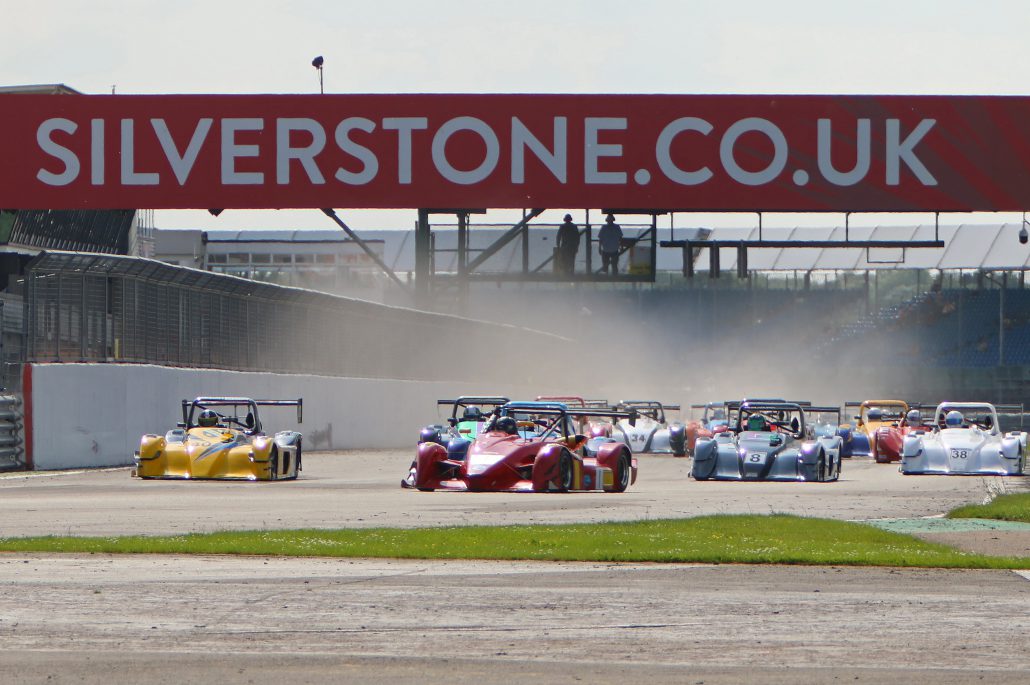 Another beautifully sunny day, another journey across the country for the team to get to the racetrack! The weekend started for Team MCR on the Friday, with a full days testing at the home of British motorsport, Silverstone Circuit, ahead of the weekends event at MG Live, and what a place to come to just after everyone had finished their end of year exams.

Kicking things off with an early morning session, the Sports 2000 field headed out onto the newly resurfaced Silverstone GP layout with Tim quickly getting up to speed despite the rather damp and greasy conditions. Thankfully the car was running well, however due to the conditions the decision was made to cut the session short as there was little to be learnt with the low grip.

As the sessions progressed and the track dried, the speed built up and the lap times started to tumble, with Tim shaving a massive 6.4 seconds off his first session time by the end of the day with a couple of minor damper tweaks between sessions.

Saturday saw the team having a rare day off at the circuit, giving everyone time to unwind after the rather busy test day and have a good look round the show. Its rare for us to come to a circuit and get the opportunity to watch some racing. Some great battles were happening out on track across all the different series out there, with some great historic racing from the MG boys, as well as some very exciting tussles in the Porsche Cup.

Since the sun was out and there was nothing to do on the car, it was a prime opportunity to crack out the teams newly fabricated barbeque stand and get some well-earned food on the go and enjoy the sunshine in the paddock.

Sunday, the important day! Qualifying was at 10am, the fresh tyres were fitted, and Tim was raring to get out there. It was a busy track during qualifying and finding a clear lap was key, luckily Tim managed to get a very solid lap in early on when he had some space, leaving him sitting in third. Tim pulled back into the pits as traffic was beginning to be an issue and it felt like the tyres were going off on the rear, so it was decided to end the session there. Unfortunately, right at the end David Houghton pipped us to third place on his last lap with a great time, so 4th it is, not bad! A quick check of the car after qualifying showed that the tyres weren’t going off, but in fact two of the rear suspension brackets had cracked, which explained the balance problems Tim was having. Thankfully spares were sourced from MCR Race Cars and some speedy repairs saw the car fit to go again.

The race kicked off in the afternoon later than planned after a crash in the race before left fluids all over the leading grid positions, a slight concern. Thankfully, there was no issue and Tim managed yet another of his lightning starts to pull alongside second place into turn one but had to settle for third. From the outset Tim was pulling away consistently from 4th place, having a lonely race on his own while Tom Stoten and Michael Gibbons battled away at the front. Sadly, a clash while lapping a backmarker put Michael Gibbons out of the race with a puncture, promoting Tim to second on the penultimate lap. The team held its breath for that final 2 minutes until they saw the yellow number 40 car take the chequered flag in 2nd place, the best result that Team MCR has ever had!

2 races into the season, 2 podium finishes, not a bad start to the season, hopefully we can keep up this progress and finish as strongly everywhere else!