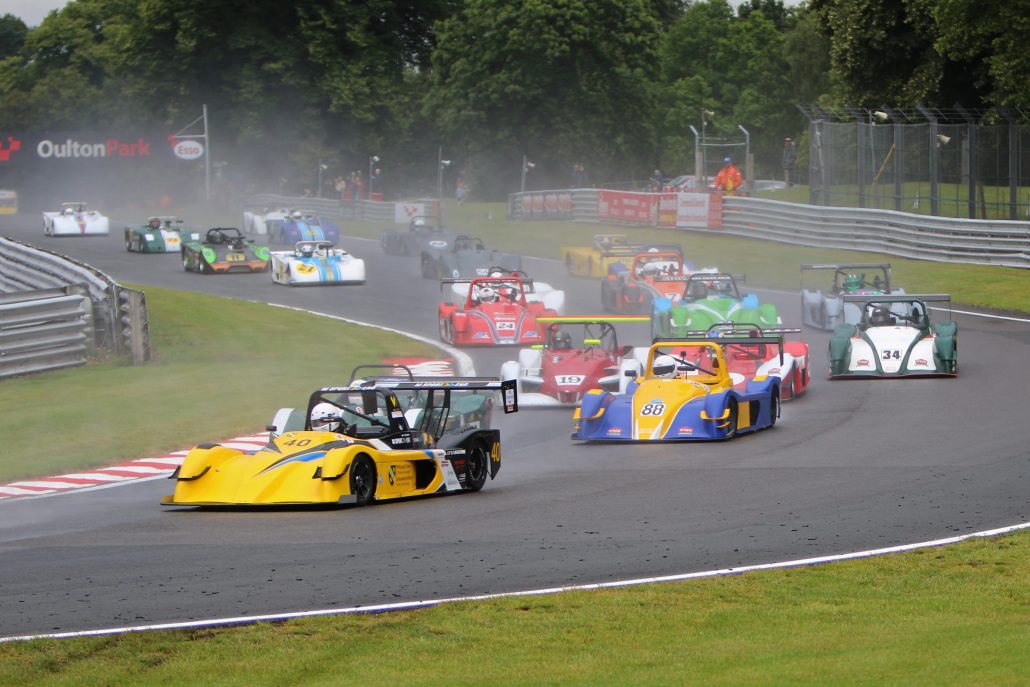 Oulton Park was the first event of the 2019 season with the team having elected to reduce their participation the Sports 2000 sprint series and enter a selection of endurance and sprint rounds instead. After the start of the new academic year, the team gained a number of new members as the new students sought practical motorsport experience.

The main objectives of the Friday practice sessions were to give the new members of the team practical racing experience, allow Tim to get used to the car again after the long winter break, and to test a new front splitter designed to increase aerodynamic efficiency.

During the course of the day, the team conducted a number or test runs. At first the old front splitter was used so that Tim could get used to the car and circuit again having not driven the car since October. The team quickly dialled the car in to the circuit and Tim set some promising benchmark times. The new splitter was then installed and an installation lap completed. Unfortunately, it became clear that the new splitter was not performing as intended and had sustaining damage. The splitter had shown promising results over the installation lap but to prevent further damage the splitter test was abandoned and attention moved to damper settings. Tim’s lap times steadily decreased during the day as he familiarised himself with his car and the circuit, and incident free sessions gave the team plenty of opportunities to work on car set up for the race. The test day also gave the new members of the team confidence and experience both in the paddock and on the pit wall and the team really started to gel.

During Saturday morning the weather was wet, with heavy rain starting early in the morning. Due to the wet qualifying, drivers were under pressure to get a good lap time in tricky conditions.  The team adjusted the setup for the conditions and Tim put together a reasonable lap to put the car into seventh position for the first race. The team checked and prepared the car for the races later in the day without any issues.

Tim had a strong start to the race, showing good pace in the damp conditions. However, after going wide through turn three (Cascades) by being a little ambitious in the wet conditions, he fell to twelfth position. Whilst Tim’s pace allowed him to make up ground, the car shortly had to be retired, due to an engine misfire and loss of power. As soon as the car had been allowed out of parc ferme, the team removed the bodywork and began to diagnose the problem and assess whether the car could run in the second race with a forty-five minute turn around. Working under pressure, our team members did a brilliant job, repairing the bodywork damaged sustained during the race, getting the engine running again and getting the car ready for the second race.

Due to the retirement from the first race, Tim was to start the race from twenty-third. He had one of his trademark fantastic starts, making up seven places on the first lap. Unfortunately by the end of lap 2 Tim experienced a similar loss of power and a significant misfire so reluctantly entered the pits. The team tried a different coil and sent the car back out, but this didn’t fix the issue so the car re-entered the pit lane to retire.

Once back at the University campus the team focussed on diagnosing the issue using the Universities onsite rolling road. After two full days of investigation the team identified the issue as debris in the fuel resulting in blocked injectors. The injectors were replaced and fuel system cleaned, with subsequent dynamometer runs showing the car had regained the power it showed at the end of last season.

In summary, whilst the races did not yield positive results for the team, it was possible to leave Oulton Park knowing the car had good pace and the new team could work well together under pressure.